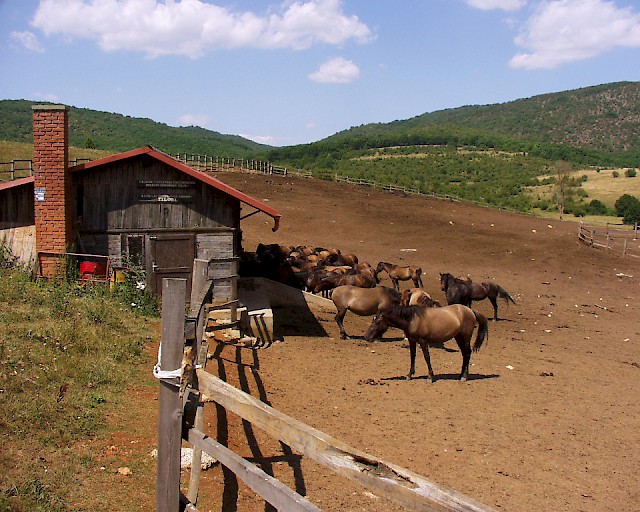 And here they are: Horses! Interestingly there weren't just horses kept in these region, we could spot some deers fenced in at some point, but they were too shy. At an another point there was an old, worn, but very sturdy fence, not unlike something used to hold tigers or other large beasts of prey. Or maybe something else, maybe mouflon, but the slanted top suggested something which would have been capable to climb out otherwise. Anyway, it was already overgrown by the forest, rendering it useless since probably decades.