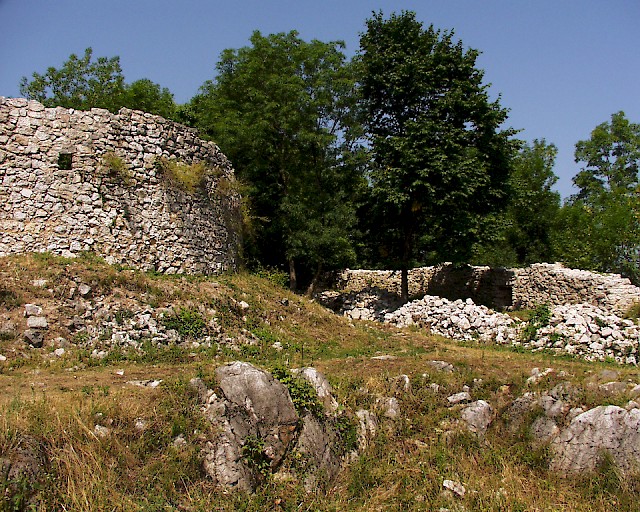 An old fortification (Szádvár) on the top of a hill, nearly three hundred meters above the surrounding region. Sure it was some place in the medieval times which could have only taken by starving the inhabitants: the thirty to fourty degrees or even steeper inclination certainly stopped every attempt, while there was barely any siege weapon which could fling anything that high.

It was demolished when the Habsburgs chased the Turks off of Hungary, part of their attempt to remove suitable bases inland for a rebellion. It didn't stop Rákóczi just a few years later, however his army could only find ruins up here by then. In the recent years some walls were partially cleaned up and rebuilt to preserve this piece of history. An interesting feature was a horse operated elevator, which through gates on three walls of lower castles pulled up material for the inhabitants.