Spring is knocking on the door, so it's time to start for anyone living "out"! Usually work starts sooner, but this time winter just wouldn't want to let go, or better to let the shovel in the earth, frozen like hard rock. But just like every time, when spring comes, it comes with all it's might, so a bit late, but perfect time to do some gardening! 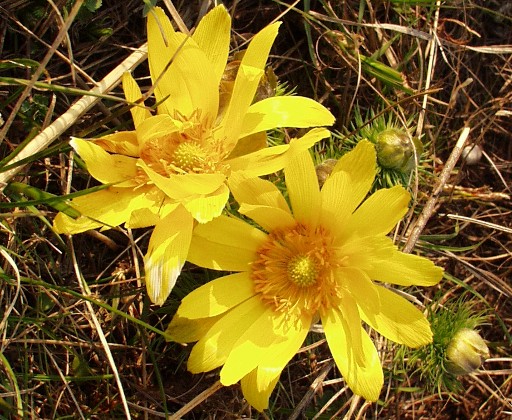 Well, to tell the truth I live in this rotten big old city of Budapest in the middle of Hungary, where there is no much gardening to do. To be exact though I live a bit farther apart in the outskirts, but for the matter of trees and stuff, it does not change much. When I talk of "gardening", I refer to the place where I was born, which is a small town near the geographical center of Hungary where my parents still, even after just about everyone gave up, tend their vegetable garden which provides just about any fruits and vegetables we need in the year.

In the past, about the time when I was born, it was just plain usual to have vegetable gardens, usually just about everyone looked after at about one or two hundred square meters of such in their backyards. Not just gardens, chickens, and even keeping several pigs were really common. Today we are "rich" (Eh, see the quotes), people decided that pigs were stinky, and digging the muck every spring was murky and bleh, so nowadays they just go to the mall, and let the weed strive in the backyards (Well, most actually just planted grass, but everyone knows grass is only grass in the first two or so years. At least at us).

We however still do the gardening chore. Nine tons of muck, two wheelbarrows, shovels and forks, and ready to go, how many square meters you can get done in three days? And don't forget about those sour cherry saplings there, they need three of quarter cubic meter holes in the ground too! 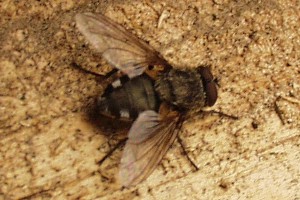 If it is muck, then these little buggers just can't miss

It is fun to do this job. Tiring, but fun. This time it is rather easy, it gets considerably more interesting in the early summer (Some later autumn veggies can be planted then). One can be alone, work, and think. It is just plain good when you feel you have some sort of purpose, taking part in the flow of life. Thinking back to the grand-parents, well, this is just having fun, their life consisted of doing this from before sunrise to after sunset a long time ago, a time which was plowed in the ground by the introduction of tractors and automated plant-care since dozens of years. Back then they knew how it all went. No, they didn't know biology by the books, but no biologist ever would have been able to get that all going right like they did. It was a very rough life. Rough, but different.

No-one would cry that age back. It was not a good age when people slept in the barn with the cows they looked after, having only their warmth in the winters. It was such an age back then. But one who thinks would think about it. Do we see as well like those people of the past? We have books, we have computers and internet, big cities, food on the table, but something ever feels so much missing. You walk down between concrete blocks, cars rushing by, boomboxes storming in the malls, crowd, people everywhere, and that's all empty. Could you identify two or three of the trees up in those mountains you probably see in the faint distance? Do you recognize birds, probably by the voice apart from the usual pigeons and crows of a city? We warmed up the cold, we locked out the diseases and the need of working out in the harsh environment with a flock of sheep from noon till dusk three-hundred-sixty-five days a year, but we also threw out something with that we would probably need.

Things just go by in the head lifting the shovel once and for another, doing the work which after a few months will put your food on the table. Your work. There is some magic in it, something way different than a run of the mill information technology job in a big city.

Just thoughts, flying away as the train brings me back to the grey concrete fields of the capitol where only cigarette butts grow. Away, once again, back to work.