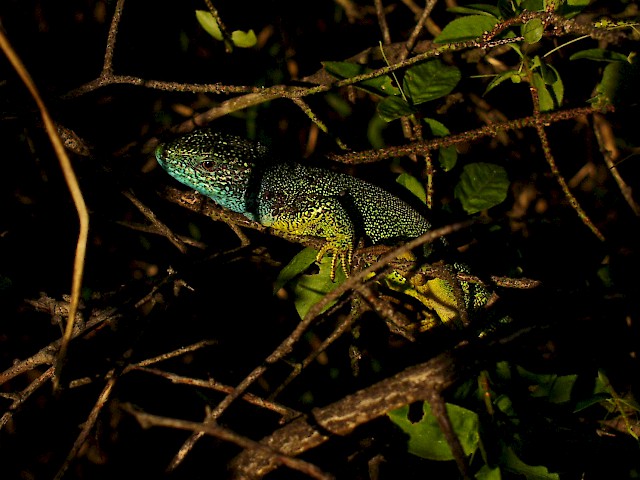 An European Green Lizard interestingly found on the branches of a large bush. Well, as I discovered later, it is quite common for them to climb the bushes, but still, it is strange to actually spot one up there.

The part I even more like about this one is that I found this entirely out of luck - right after I decided to go home from a not too fruitful four hours of trying to hunt down a green lizard to compose some good shot. Well, I got it, although not how I planned.

The image was taken with my Olympus C2500L camera.