An interesting cheetah was, well, "spotted" recently out in the wild. "Spotted" may not be the appropriate word here as this particular cheetah's peculiarity is especially that he completely lacks the usual black blotches of a normal cheetah! To make this more interesting, an another source also turned up where probably this same cheetah was captured two years before... 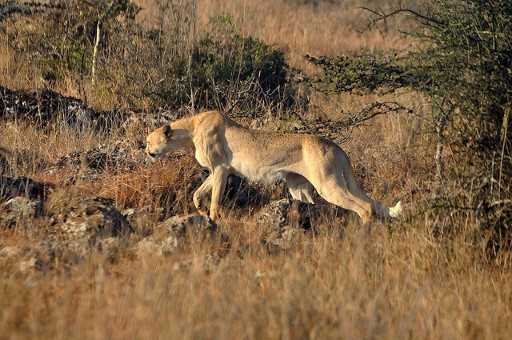 I don't know how I exactly managed to find this cheetah, all I remember was I was like "what?!" when I had seen it. He definitely looked like some absurdly skinny lion if only his tear marks didn't gave him out!

That's, that he resembled a lion, is basically what the articles like from Guardian, Daily Mail, and numerous others told, apart from some speculating on a probable recessive gene, and maybe that this would give this cheetah an advantage.

But would it? I also ran some thoughts on it. It is well known among people who look after this subject that cheetahs, even adult ones, may easily get killed by lions if they are careless. Hyenas usually only take the prey, but lions will break this fragile runner if he happens to be in their reach. Normally the cheetah would notice the presence of hyenas and lions easily (and they also give up on trying to hunt whenever it happens, and go somewhere else), but they also need to sleep, and that nice yellowish fur is neither just for aesthetic value. One may easily literally stumble upon a sleeping lion in the dry savannah grass.

Felines mostly rely on their eyesight (As I remember lions won't even consider the wind for their hunting, although I wouldn't be able to verify this right now). For this, shapes and patterns are particularly important for them. Even to that degree that Joy Adamson also mentioned in some of her books that Pippa (the female cheetah she led back in the wild in the sixties) could be confused if she wore differently coloured clothes than what she was used to.

In Africa there are not many larger bald yellowish catlike animals apart from lions, so probably a lion would at least except the shape to belong to one of them. Given that they are social, they might also need to figure who it belongs to. This, hopefully, may really give a considerable advantage if this cheetah would stumble upon a lion, probably just enough to jump out to run away, which is definitely enough given he is the faster (lions are just as flimsy in the long run like cheetahs - they wouldn't chase them).

So this far it is good. The bad part is that the bald yellow fur is also bald yellow fur if a cheetah looks at him. Against other males, this may be nice, but this poor guy might be literally chasing the girls... Just because I am somewhat sure that the avoidance of lions is planted quite deep in their minds given the danger. 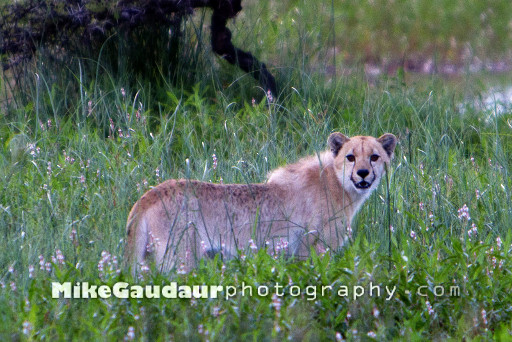 At least it is pretty sure this guy is doing well. On Guy Combes' photos of the recent articles we can see a fully grown, properly fed male (They are sexually mature by just one and a half year of age, and lose their mane, as visible on the images, to at around three years of age), and maybe the same cheetah was captured by Mike Gaudaur too, in April, 2010.

Hope he is just as successful with the girls too and we may see some more of this peculiar cheetah in the future!