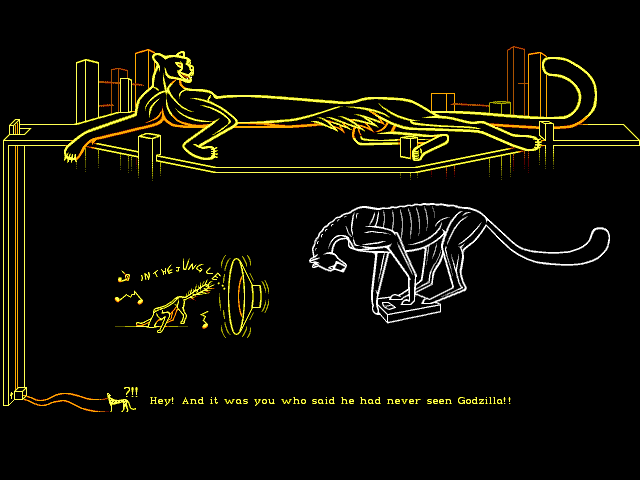 Some old EGA line-arts drawn with Deluxe Paint II, probably from 2005, probably even older. The large cheetah framing all was used as a part of a site design back then, I don't know if it was ever made into an actual design though (If it were, sure it was a HTML4 table mess).

Back then for a period I had only a 25MHz 4.86, some of these were drawn on that machine.