In late November the last year I parted with Hungary to kind of try myself, to see whether I could possibly start anew in a different country. The reasons I guess could be somewhat clear, at least it definitely wouldn't take much poking around here to spot some. How it went? Well, rather mixed feelings. Apart from that one thing that it definitely didn't make me feel any bad about the decision to relocate itself. So I am here. In this town called High Wycombe. The greatest thing about which is that England is only a short walk away.

Clogged up with cars, choking in litter with some dilapidated industrial buildings and unkempt homes around honestly the town doesn't feel a lot like what England probably supposed to feel like. Just a short walk away. It is rather reminiscent to some northern Hungarian city, although in a much milder form, but the overall impression is sadly there, and sadly several things (notably litter) are something which would only need basic care to remedy.

However otherwise as far as my experiences go, thankfully in general people appear to be rather on the friendly side, which is definitely a (quite significant) positive. That is, even here. I just wish they only cared a bit more for their environment.

Getting and settling here wasn't a simple affair, although possibly this goes for anyone undertaking such an affair. Catch 22 everywhere, to get an apartment or get a bank account first, one apparently can not get anything done here without an address, the ridicule of referencing, well, kind of give up if you had a landlord two years ago who isn't fluent in English over a noisy phone line. What a mess! And not to forget, no salary until getting a bank account, by which time you are probably short of a deposit and two months of rent. Yikes! Seriously, just to get going here could gobble up half a year's modest salary from an Eastern European country.

The outdoors is quite pleasant though. Rural England is just a short walk away here, and while not monumental or anything massively spectacular, it has the impression of a lovely countryside. And even some snow actually falling in the winter. 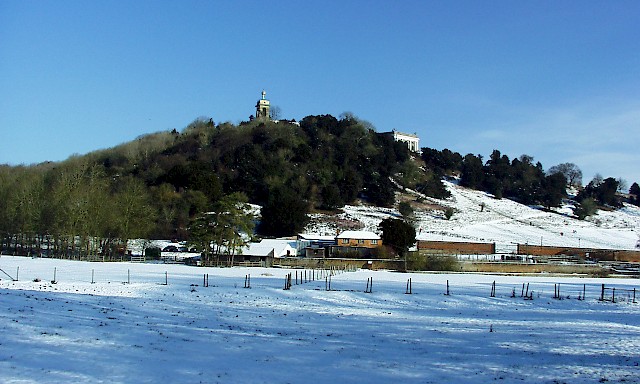 Apparently English people are just not prepared to snow at all. This place is more often gridlocked in the late afternoon than not, but then, it was like better forget about getting anywhere at all with anything expect your trusty boots. I am glad I followed my usual practice renting in walking distance (by my definition of "walking distance") to my workplace.

Work. Such a killer. So much regulations, it even feels like they are just dead set on trying to "fix" my introversion. The Friday evening typically means face-first into the bed, to kind of wake up only some time on Sunday. Otherwise at least the actual job is fine, I can do it all well, and the colleaguaes are pleasant. But it doesn't help that it is a chore, not due to the actual job, the project to be done, but all the miscellanery, meetings, trainings and other side-tracking, with lots and lots of interactions including occasional overseas talk. Drains me dead pooped simply due to being an introvert, not capable to handle all that.

Guess the task of "getting a life" (that is, interacting with people not from the goddamned workplace) is postponed, somewhat indefinitely, until further notice. It is a crazy state of mind to feel alone but at the time wishing to just outright murder anyone for as much as saying a single word.

Still, at least walking around is nice. And occasionally even shooting a few photos. Unless I forget the batteries. Or the CF card. Or the entire stupid camera... 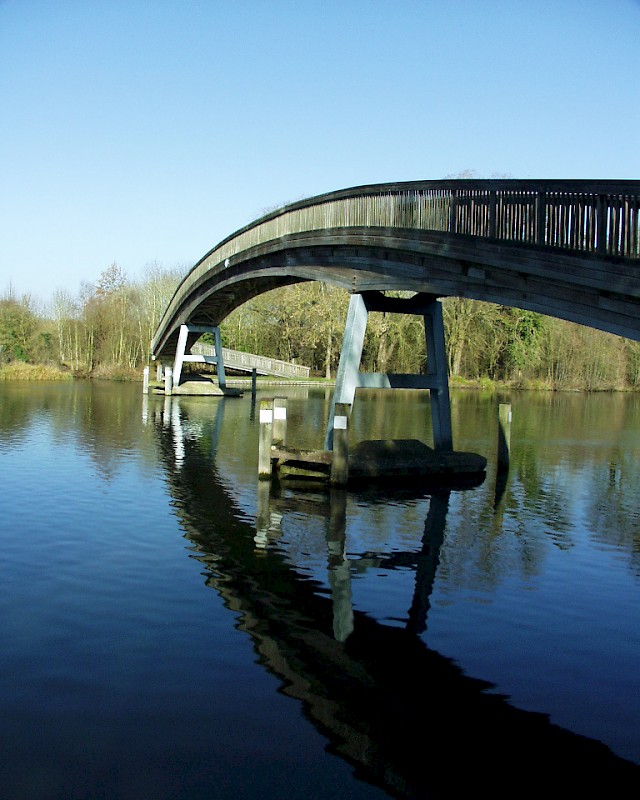 The largest wooden bridge I had ever seen, spanning over rural Thames