A BRCF volunteer's log is my first attempt at English writing, nothing exceptional, but maybe interesting. It portrays a modern age setting in which a group of people strive to protect a race of large wyverns in Africa, not unlike of similar conversation efforts of other animals like cheetahs. Story intermixed with world design, trying to make it lifelike we have these creatures capable to lift a man in the air. 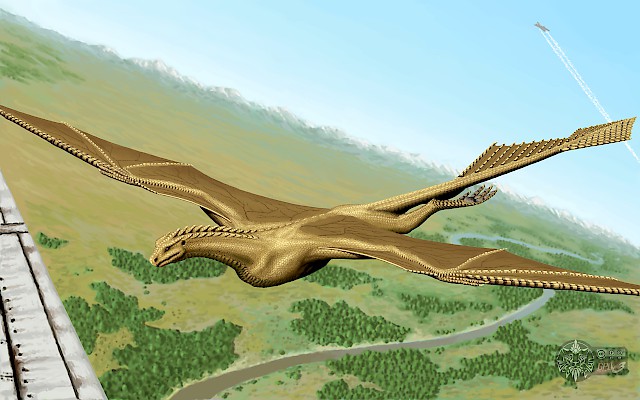 An illustration for the novel: the Brass Wyvern

The story was inspired by some drawing, truly I just wanted to draw a nice detailed wyvern for a change, putting IT tech a little behind. It ended up stirring me towards this attempt, to see whether I could actually write, using the English language to convey a world and story. It may be regarded as an exploratory practice towards realizing epics within the Cheetaan Universe.