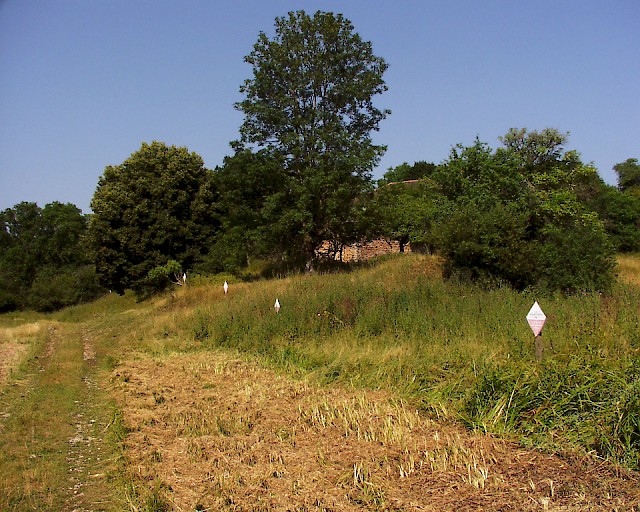 This is a sort of creepy place, away from civilization. Some seventy years before a village stood here, which was deported in the second world war, and never repopulated. The inhabitants weren't Jews. Neither Polish, nor Gypsies. They were "ordinary" Hungarian people, it was just a small village hidden deep within the hills. Then why? It was the decision of the governor Miklos Horty, who demanded this place to be abolished to create a wide empty hunting ground for him. So much did people matter. The sad thing is that today's government hold this man their ideal, and their feudalistic methods are neither much different. If it weren't for this, it would be hard to imagine such things could have happened, but they did.

The buildings behind the trees are the only remnants, particularly the skeleton of some house in the front, and behind a windowless school. All the rest were demolished back then.